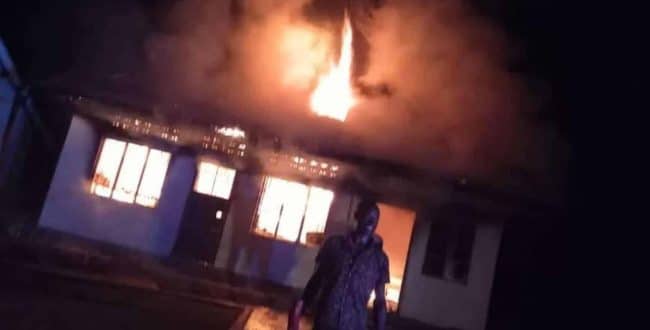 Uganda: tears after fire in a school for blind

Ugandan police say at least 11 people, among them students, were killed and six others are in a critical condition after a dormitory caught fire at a school for visually impaired children in Mukono, east of the capital, Kampala.

The injured are being treated at Herona Hospital, police said.

Investigations have started into the cause of the fire at Salaam School of the Blind which is said to have broken out in the small hours of Tuesday morning, the BBC reported.

School fires are common in Uganda, sometimes started from children lighting candles in their dormitories after lights out.

Managing the fire is in many cases hampered by overcrowding in the school children’s sleeping areas.