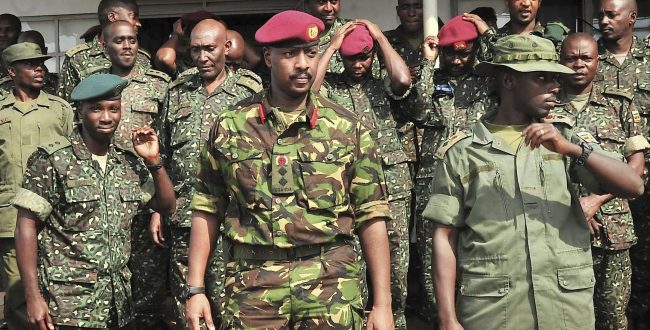 Ugandan General Muhoozi Kainerugaba known for his controversial tweets, says “no one will ban him from anything.”

But Mr Kainerugaba said he is “an adult” and no one will ban him from anything.

The president’s intervention followed Gen Kainerugaba’s controversial tweets a fortnight ago where he threatened to invade neighbouring Kenya, prompting a public apology and diplomatic meetings to reaffirm ties.