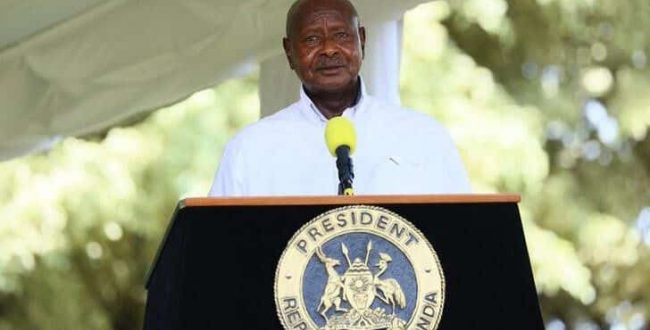 Ugandan President Yoweri Museveni has said his son, General Muhoozi Kainerugaba, will no longer comment on government affairs on Twitter.

It follows a social media storm a fortnight ago when Gen Kainerugaba, 48, tweeted about invading neighbouring Kenya and conquering its capital, Nairobi, in two weeks.

President Museveni later asked Kenyans for “forgiveness” over the tweets.

“He will leave Twitter. We have this discussion. Twitter is not a problem. The problem is what you are tweeting about,” President Museveni told a local Ugandan television station on Monday.

He added: “Talking about other countries and partisan politics of Uganda is something he should not do and he will not do it.”

The veteran leader said his son was free to tweet about “sports or topics that are not controversial”.