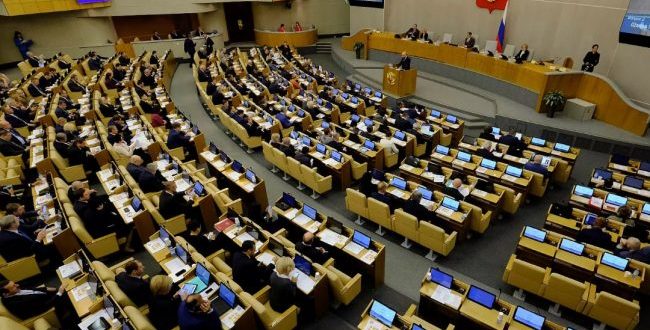 Russia wants to toughen its law on “homosexual propaganda”

Russian deputies called on Monday to toughen the law condemning “homosexual propaganda”, a new sign of the hardening of the conservative line of the Kremlin in the midst of an offensive in Ukraine and falling out with Westerners.

According to amendments being discussed in Russia’s lower house of parliament, the Duma, the 2013 law prohibiting “homosexual propaganda” among minors would be reinforced with a ban on “denial of family values” and “promotion of non-traditional sexual orientations”.

“The special operation (in Ukraine) takes place not only on the battlefield, but also in people’s minds and souls,” said Alexander Khinstein, head of the State Duma’s Information Committee.

Russia has steadily reinforced its conservative turn in recent years in the face of what Vladimir Putin presents as the “decadence” of Western society.

“Sodomy propaganda is truly at the heart of our enemy’s influence,” said Konstantin Malofeïev, billionaire and media magnate known for his ultra-conservative positions.

“The amendments must be approved this fall,” said the speaker of the Duma, Vyacheslav Volodin, touting a law intended to “protect the Russian population.”