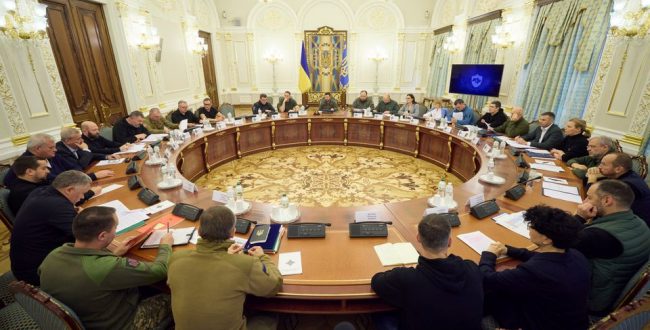 Ukrainian President Volodymyr Zelensky said on Friday his country was formally applying for fast-track membership of the NATO military alliance.

“We are taking our decisive step by signing Ukraine’s application for accelerated accession to NATO,” Zelensky said in a video on Telegram.

He added that Kyiv was ready for talks with Moscow, but not with President Vladimir Putin.

The Ukrainian leader made his comments in a video which appeared intended as a forceful rebuttal to the Kremlin after Putin held a ceremony in Moscow to proclaim four partially occupied Ukrainian regions as annexed Russian land.