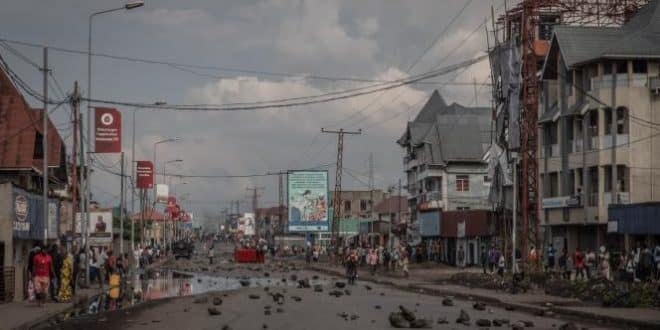 Citizen movements and civil society, including Lucha, declared a two-day general strike on Monday 26 and Tuesday 27 September to denounce the authorities’ inability to deal with the M23 rebels.

Organizers of the protest said the aim was to urge the authorities to react against the presence of M23 rebels who have controlled the town of Bunagana for more than two months.

The situation remains tense between civil society and the military authorities in the Eastern Democratic Republic of Congo. Even though the authorities prohibit these “dead city days,” some inhabitants have respected the order.

“We have called on the population to observe two dead city days, this Monday and Tuesday. The first reason is to demand the lifting of the state of siege, which is an exceptional measure that has failed, and the second is to demand that the FARDC (Armed Forces of the Democratic Republic of Congo) resume offensives to liberate Bunagana, which has been occupied by M23 terrorists for nearly 105 days,” explained Espoir Ngarukiye, a Lucha activist, to Rfi’s correspondent in Kinshasa.

In addition, these organizations demand “the immediate departure of the failed Monusco peacekeepers, who constitute an ineffective mission.”

The town of Bunagana and some other localities in the territory of Rutshuru (North Kivu) have been occupied by M23 fighters for more than two months. This situation is a source of division between Kinshasa and Kigali; Rwandan President Paul Kagame is accused of supporting the movement.