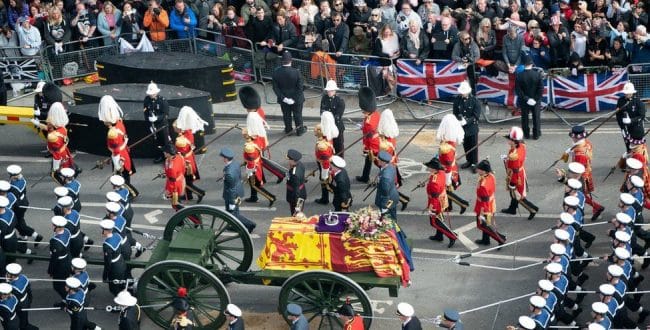 Elise ATAYI 2 weeks ago Europe, In the news Leave a comment

The 12 days following the death of Queen Elizabeth II on September 8 were organized according to a well-defined protocol since the last day of farewell to the monarch was charged with immense popular emotion, with a whole scene planned at least 20 years.

Queen Elizabeth II was buried in St George’s Chapel at Windsor Castle on Monday after a day full of ceremonies.

Heads of State and Government from around the world, the six surviving former British Prime Ministers, from John Major to Boris Johnson; the crowned heads of Europe have marked their presence to pay tribute to the one who witnessed so many historic events from the Second World War to Brexit.

“In a famous speech, delivered on her 21st birthday, Her late Majesty declared that her whole life would be devoted to the service of the nation and the Commonwealth,” recalled Archbishop of Canterbury Justin Welby, spiritual leader of the Anglican Church, which was headed by the Queen.

“Rarely has a promise been so well kept,” he added, paying tribute to a queen who broke the record for longevity on the throne.

Queen Elizabeth II gone forever from the eyes of the world.