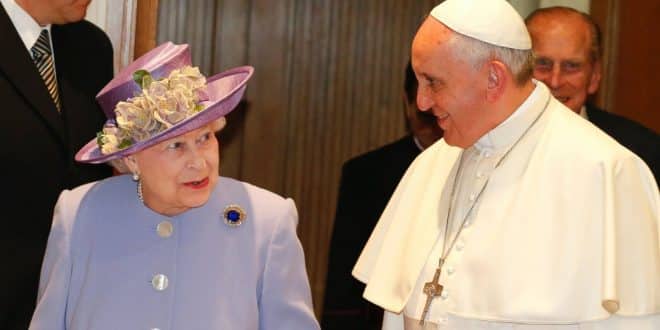 Pope Francis will not attend the funeral of Elizabeth II

Jonathan Carreidas 3 weeks ago Europe, In the news, Politics, Religion Leave a comment

Pope Francis will not attend the funeral of Queen Elizabeth II, which will take place Monday at Westminster Abbey in London, the Vatican announced on Friday.

The Sovereign Pontiff will be absent at the funeral of the Queen of England, Elizabeth II who died a week ago.

Vatican’s Minister of Foreign Affairs, “Bishop Paul Gallagher, will represent Pope Francis” at the funeral, the Vatican said in a statement.