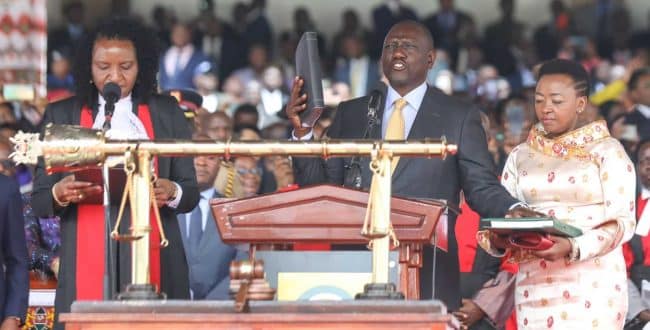 Kenya’s President-elect William Ruto took office on Tuesday as the country’s fifth president, a week after the Supreme Court confirmed his victory.

Ruto replaces Uhuru Kenyatta, whom he served as deputy since 2013, and will have to tackle a surge in food and fuel prices, high unemployment and rising public debt used to finance development over the past 10 years under his predecessor.

Opponent Raila Odinga who rejected the election results announced that he would not attend the investiture ceremony as he is out of the country.