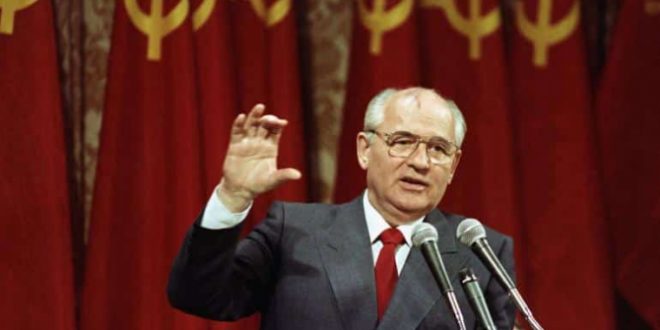 Russia: who was Mikhail Gorbachev, the last USSR leader?

What to know about Mikhail Gorbachev, the last leader of the Union of Soviet Socialist Republics (USSR) who died at the age of 91 on August 30, 2022 in a hospital near the Kremlin?

Mikhail Gorbachev, supporter of Perestroika, advocated a rapprochement with the Western world for a stable and lasting peace, and tried through courageous reforms to transform the system without breaking with it. But the latter, helplessly witnessed the profound changes carried out in Russia by his successors, including Vladimir Putin.

While despised in Russia, the 1990 Nobel Peace Prize winner is adored and embraced in the Western world.

Mikhail Gorbachev, a hero in the West

For Westerners, Mikhail Gorbachev will remain more than ever, this great political leader who contributed to the detente between the Soviet bloc and the Western bloc, thus ending the Cold War. The bursts of reactions from Western leaders paying tribute to him following his death clearly illustrate that he was respected.

According to U.S. President Joe Biden, “his actions were those of a leader with the imagination to see that another future was possible and the courage to risk his entire career to make it happen. The result was a safer world and more freedom for millions.”

French President Emmanuel Macron also paid tribute to the great man : “My condolences for the death of Mikhail Gorbachev, a man of peace whose choices opened a path to freedom for Russians. His commitment to peace in Europe changed our common history.” he tweeted.