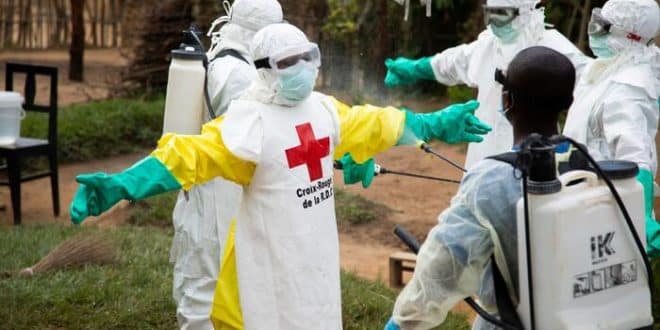 DR Congo: ebola virus returns, months after being declared over

Authorities in the Democratic Republic of Congo confirm the return of Ebola virus after the detection of a first case in the eastern province of North-Kivu, months after the outbreak was declared over.

Ebola virus continues to wreak havoc in DR Congo. A woman died last week in the city of Beni from the virus.

This is the second outbreak in the country this year. The previous epidemic was declared to have ended in July.

The WHO’s Regional Director for Africa, Matshidiso Moeti, said authorities in North-Kivu had successfully stopped several flare-ups of the deadly virus before and was confident they would bring this one under control soon.

However, scientists say it is unrealistic to think Ebola will ever be eradicated.

“But it is now easier to prevent a crisis,” they say.