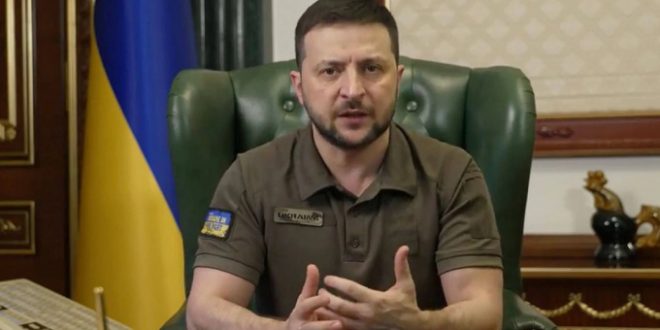 Ukrainian President Volodymyr Zelensky said he will not enter into any negotiations on the ongoing war unless Russian troops withdraw from Ukrainian territory.

He made the announcement during a press conference on Thursday August 18.

While negotiations on peace agreement between Russia and Ukraine are currently being led by Turkey and the UN, Ukrainian President Volodymyr Zelesky does not want to let it go.

President Zelensky told reporters that he had no confidence in the Russian president.

“Before any negotiation with Vladimir Putin, Russian troops must withdraw from the Ukrainian territory,” he said.

Russia seized several territories including Donbass since it invaded Ukraine in February.