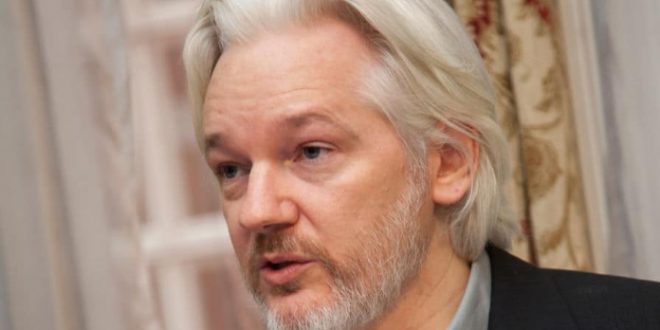 Lawyers for WikiLeaks founder Julian Assange filed a lawsuit on Monday against the CIA and its former director Mike Pompeo, accused of recording their conversations and copying content onto their phones and computers.

The lawyers and two journalists who joined the suit are all Americans and claim the intelligence agency violated their constitutional right to privacy, in this case with Julian Assange, who is Australian.

They ensured that the CIA worked with an engaged security company of Equator of London, where Julian Assange refugees, to spy on the founders of WikiLeaks, his lawyers, journalists and others.

According to the lawyer Robert Boyle, who represents the plaintiffs, the alleged espionage means that Mr Assange’s right to a fair trial has “now been trained, if not nullified,” because “the government now know the contest exchange,” he told reporters.

“there should be sanctions, until these charges are dismissed either to redraw the extraordinary demand for an answer to his activities so clearly unconstitutional,” he judged.

What is the Julian Assange case again?

Born in 1971, Julian Assange is an Australian computer scientist who has been passionate about hacking since his adolescence. Already at a very young age, he hacked NASA’s websites and that of the pentagon under the pseudonym of “mendax”. He was already in trouble in 2006, after working for an internet service provider for a while and then traveling around the world, he co-founds the whistleblowing website WikiLeaks.

Julian Assange became a whistleblower following his revelation in 2010 about the American military operations in Iraq and Afghanistan.

In 2010, he was accused of sexual assault but rejected his accusation. He also faces up to 175 years in prison for publishing hundreds of thousands of confidential documents on the diplomacy and secret services of the united states.

By publishing confidential documents on his Wikileaks platform, the whistleblower has sparked American ire. A standoff that has lasted for twelve years.