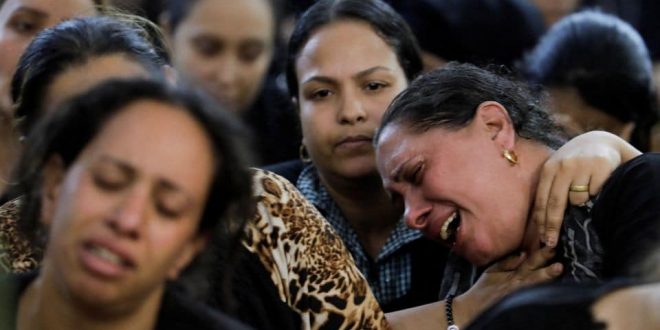 An electrical fire swept through an Egyptian Coptic Christian church during Mass on Sunday, causing a stampede and killing at least 41 people, Reuters agency reported.

Most of the victims are children and have suffered from smoke inhalation.

The blaze started just before 9 a.m. in the Abu Sifin church in the city of Giza where about up to 1,000 people had gathered.

The fire blocked an entrance to the church, causing the stampede, the two sources said, adding that most of those killed were children.

In a statement, the Interior Ministry said a forensic examination showed that the fire began in the second floor air conditioning as a result of an electrical malfunction.