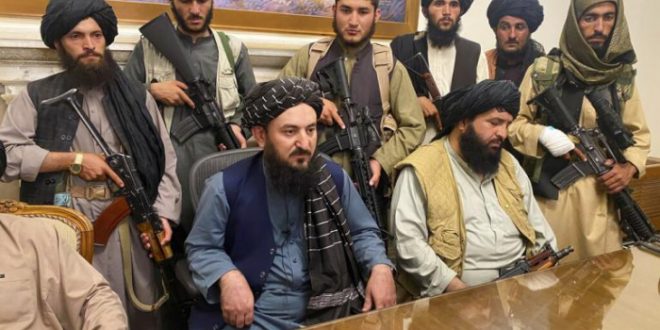 Taliban celebrate on Monday in Kabul, near the former American embassy, the first anniversary of their return to power in Afghanistan, a year marked by a sharp regression in women’s rights and a deep humanitarian crisis.

Islamist fundamentalists, on August 15, 2021, seized the capital Kabul without a fight, after a lightning offensive carried out throughout the territory against routed government forces.

“We have fulfilled the obligation of jihad and liberated our country”, summarizes Niamatullah Hekmat, a Taliban fighter who entered Kabul that day.

“It is the day of victory and happiness for the Muslims and the people of Afghanistan. It is the day of the conquest and victory of the white flag of the Islamic Emirate,” said Bilal Karimi, the governement’s spokesperson on Twitter.

The chaotic withdrawal of foreign forces continued until August 31, with tens of thousands of civilians in panic rushing to the capital’s only airport to be evacuated out of the country.