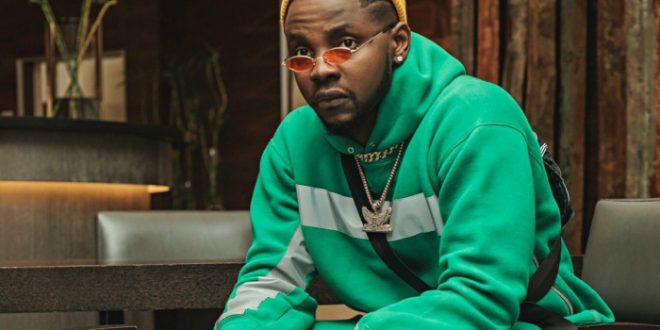 The author of the global hit ‘Buga’, Kizz Daniel is in trouble in Tanzania after his arrest by the police, when he was supposed to give a show to his many fans.

He is unquestionably one of the most talented and fashionable artists of his generation. Kizz Daniel, already popular for his sweet sounds, was further propelled onto the world music scene thanks to his latest track ‘Buga’ which even pulled heads of state from their presidential chairs to sketch a few dance steps. It is therefore not surprising that in Tanzania, the announcement of a concert by the Nigerian artist unleashes passions and makes instincts vibrate.

On August 7, Kizz Daniel was to perform in the Tanzanian capital. But things don’t go as planned. To the great displeasure of the fanatics who were unleashed against their idol. The police got involved in the case, the artist being accused of not having respected his contract with the organizers of the concert who claim to have paid him the trifle of 60,000 dollars.

After a few hours in police custody, Kizz Daniel apologized to fans, to whom he assures that what happened was not a lack of respect towards them. “I want to apologize…People were already going wild…fans were going wild, which I know was out of love. So, no disrespect to the fans… I didn’t mean to disrespect the fans. It was never intentional“, explained the artist to the press.

Returning to this inconvenience, Kizz Daniel explained that it was due to a flight problem. He missed the plane that was supposed to take him to Dar-es-Salam. “(…) We arrived at the hotel at 9 p.m. and sent my group to the room to train. Unfortunately, the group failed because the fans had already entered the room (…) I tried to contact the designers here to get clothes. When I decided to leave the room, I was told that it was already dangerous. The fans got angry… We agreed with the organizers that we will apologize to the fans and hold another show… On the second day, the news spread and the police followed me to the hotel, no not to stop me but to ask me about what had happened“, he continued before promising a free show to his fans.