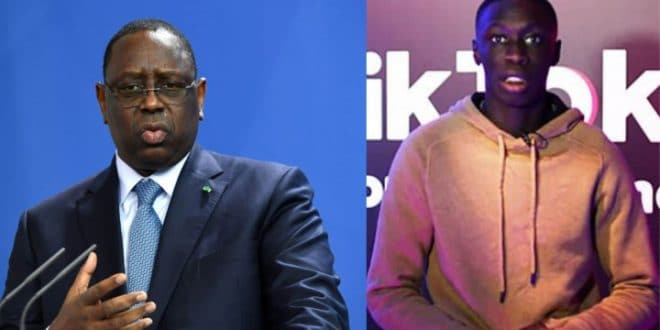 On his Twitter account, President Macky Sall sent his congratulatory messages to Khaby Lame who becomes the world most-followed TikToker compared to the American creator of TikTok Charli D’Amelio.

“A great feat by our compatriot @KhabyLame, who has become the most followed in the world on the famous #TikTok social network, with more than 144.8 million followers. Congratulations to this Lion who rises on top of the world!”, the president wrote on Twitter.

Khaby Lame, whose real name is Khabane Lame, is an Italian of Senegalese origin.

He opened his TikTok account in March 2020 during the coronavirus pandemic after losing his job at a factory in Italy.

On his account, he posts funny videos where he points out how some people complicate things for no reason.