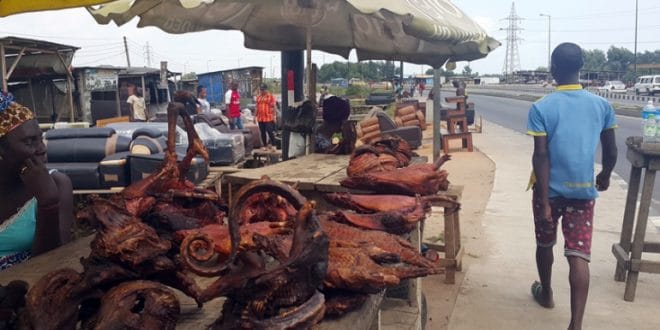 Nigerian authorities banned the sale and consumption of bushmeat as a precautionary measure to stop the spread of monkeypox in the country.

It comes a few days after Nigeria’s Centre for Disease Control (NCDC) said six cases had been detected this month.

Of the suspected cases, according to the centre, 21 were confirmed in nine States, saying that Adamawa State is leading with 5.

Nigerian epidemiologists say there is no evidence linking cases of monkeypox to eating bushmeat but health authorities in the UK say it may be possible to catch it from the meat of an infected animal if not cooked thoroughly, and during preparation, local media reported.

There are many bushmeat markets in Nigeria and it is unclear how the ban will be implemented.