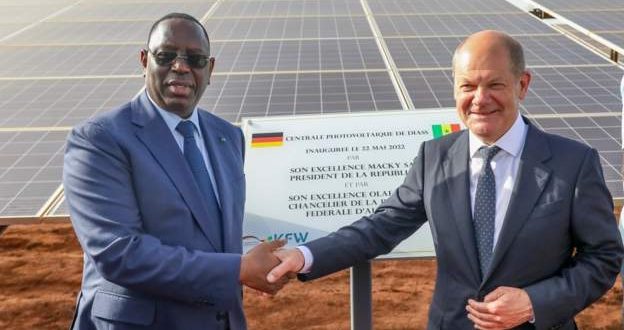 Ibrahim AMEDAHEVI 23 May 2022 Africa, In the news, Politics, West Africa Leave a comment

Senegalese President Macky Sall has announced his upcoming trip to Russia and Ukraine in his capacity as the current chairman of the African Union.

Mr Sall said on Sunday that he had received the mandate of other AU heads of state to make the trips.

In a joint conference with visiting German Chancellor Olaf Sholz, he said Africa was keen to see peace through dialogue between Ukraine and Russia.

The Senegalese president said Russia had extended an invitation for a visit while Ukraine’s president had expressed the need to communicate with African heads of state.

The Russia-Ukraine crisis has cut off supplies of grain and cooking oil, worsening food insecurity particularly in poorer African countries due to rising prices.

Global fuel prices have also risen as a result, adding the cost burden to many countries.