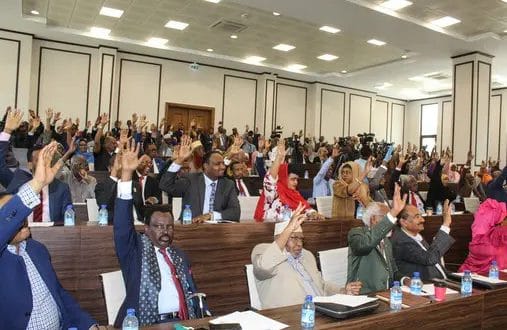 Somali lawmakers elected Sheikh Adan Mohamed Nur as the new president on Thursday, in a vote delayed due to disagreements over who would be in charge of security at the polling place.

The new parliamentary leaders are expected to spearhead the process of electing the country’s next president, which must be done by the end of May.

Both President Mohamed and Prime Minister Roble sent congratulatory messages to Nur on their Twitter accounts.