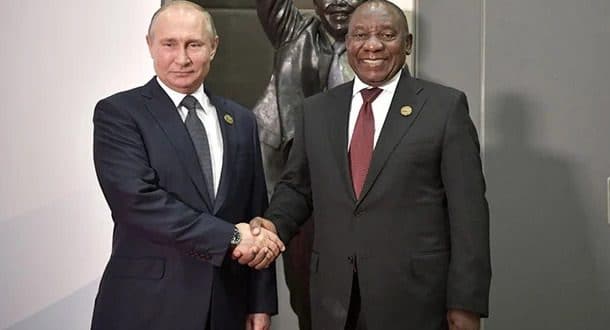 South Africa called upon to mediate in Ukraine war

South African President Cyril Ramaphosa has said his country has been approached to play a mediation role in the ongoing conflict between Russia and Ukraine.

Mr Ramaphosa did not say who had made the approach but said he spoke with Russian President Vladimir Putin on Thursday and urged him to seek a mediated solution to the conflict.

“President Putin appreciated our balanced approach. We believe this position enables both parties to subject the conflict to mediation and negotiation. Based on our relations with the Russian Federation and as a member of Brics, South Africa has been approached to play a mediation role,” Mr Ramaphosa posted on Twitter.

South Africa’s position on the conflict came under the spotlight last week after it abstained from voting on a UN resolution condemning Russia’s invasion of Ukraine.