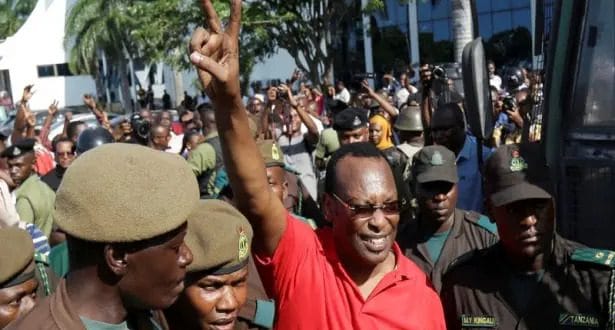 The leader of the main opposition party, Freeman Mbowe, has regained freedom, after prosecutors dropped terrorism charges brought against him last year, his party said on Friday.

Freeman Mbowe, chairman of Chadema party, was detained last July in the lakeside city of Mwanza where he was due to attend a conference on proposals for a new constitution.

He was charged in court on July 26, in spite of protests from his party that the charges were politically motivated.

“The director of prosecutions has dropped charges of economic crimes and terrorism against Mr Mbowe, and three co-accused were also freed,” the party said on Twitter.

Mbowe’s supporters, who had flocked into court to follow the trial, cheered after the decision to drop the charges was announced, while his lawyers hugged each other.