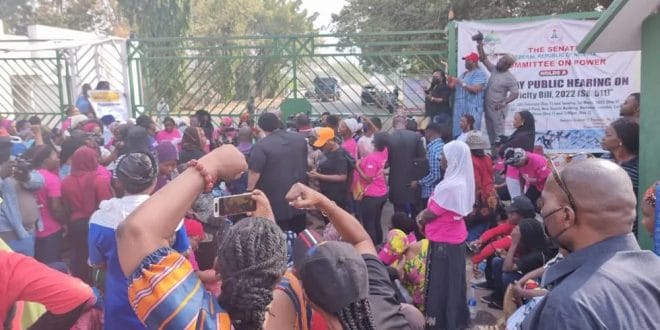 Nigeria: women outside the parliament to call for gender equality

Nigerian women were outside the parliament in the capital, Abuja, to voice their displeasure over the senate’s rejection of several gender equality bills.

Chanting songs and raising their fists, members of women’s rights groups marched to the National Assembly to demand that all rejected gender bills be reconsidered.

Wearing pink shirts with their demands printed on them, the women blocked the entrance of the parliament building and vowed not to leave until the leadership of the National Assembly addressed them.

One of the protesters told the BBC that women deserve to have equal status with men in society and should therefore not be left behind in politics.

Nigerian lawmakers on Tuesday rejected a proposed bill that would see special additional seats created for women in national and state parliaments.