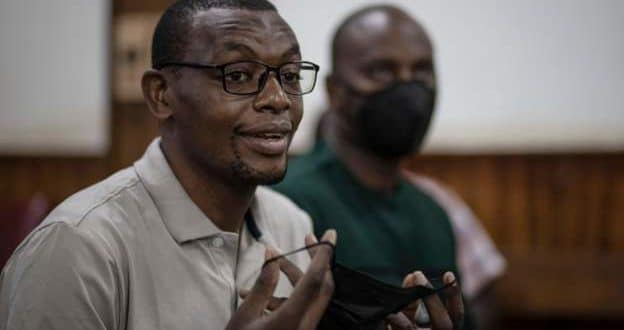 A Ugandan novelist charged with insulting President Yoweri Museveni has taken the government to court over his alleged torture by soldiers, local media report.

Kakwenza Rukirabashaija was arrested in December after posting tweets insulting Mr Museveni and his son Muhoozi Kainerugaba. He denied the charges.

He wants the East African Court of Justice to declare that his arrest, detention and torture were illegal, the BBC reports.

The award-winning writer fled the East African nation last month after being granted bail by a court.

He fled Uganda by walking to neighbouring Rwanda and then travelled to a third country, from where the UN refugee agency (UNHCR) facilitated his journey to Germany.

His trial is meant to begin on 23 March.

Rukirabashaija won the Pen Pinter Prize for an international writer of courage in 2021.