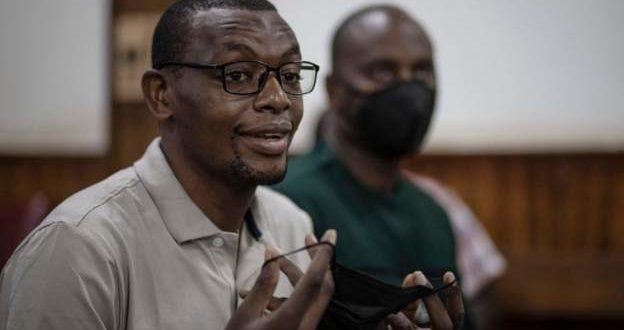 Ugandan author Kakwenza Rukirabashaija, imprisoned and tortured for making unflattering comments about President Yoweri Museveni and his son on Twitter, fled the country a fortnight ago and arrived in Germany, his lawyer has told AFP news agency.

“He arrived in Germany this morning,” Eron Kiiza, the lawyer, is quoted as saying on Wednesday.

He had sought permission to leave the country to seek treatment for injuries he says he sustained while in detention at an unknown location.

But the court refused to give the novelist his passport.

The lawyer told AFP that the writer fled by walking to neighbouring Rwanda and then travelled to a third country, from where the UN refugee agency, UNHCR, facilitated his journey to Germany.

Rukirabashaija was arrested in December for criticizing President Yoweri Museveni and his son Lt-Gen Muhoozi Kainerugaba on social media. He denied the charges.