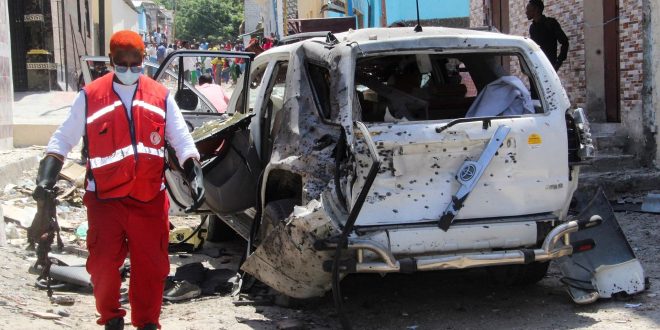 Somali government spokesman Mohamed Ibrahim Moalimu has returned home from Turkey where he had been receiving treatment for wounds he sustained in an attack by Al-Shabab militants.

Officials from the office of the prime minister and media personnel welcomed him at Mogadishu’s Aden Adde airport:

Somalia’s Prime Minister Mohamed Hussein Roble received Mr Moalimu at his office and expressed his happiness that the government spokesperson had recovered.