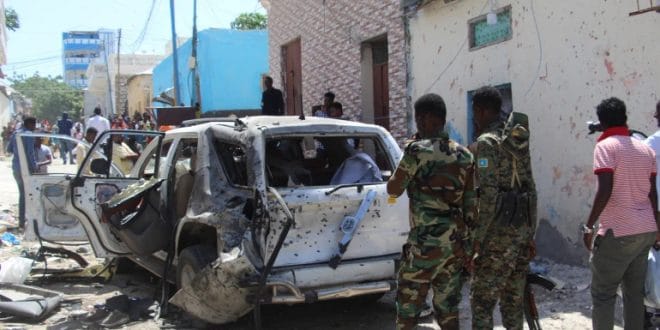 Somali government spokesperson Mohamed Ibrahim Moalimuu was injured on Sunday in an explosion at a road junction in the capital Mogadishu, police and the national news agency reported.

The explosion was set off by a suicide bomber, reports said.

The al Qaeda-linked Islamist militant group Al-Shabaab, in comments on its Andalus radio station, claimed responsibility for the attack on Mohamed Ibrahim Moalimuu, who was rushed to hospital and reported to be in stable condition.

Prime Minister Mohammed Hussein Roble, in whose office Moalimuu works, called the bombing an “odious terrorist attack” in a statement on Twitter.

Al Shabaab frequently carries out gun and bomb attacks on Somali security and government targets, but also on civilians.