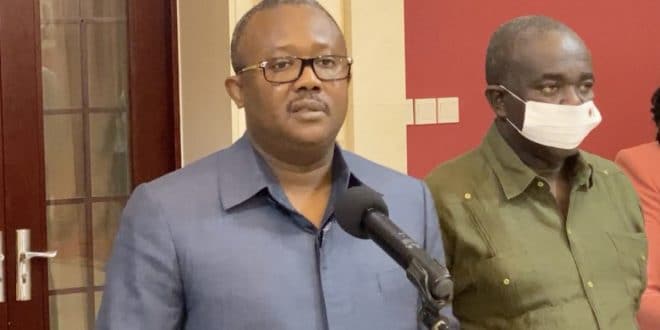 The president said a former navy admiral and two of his aides were involved in a well-funded plot to assassinate him, his prime minister and other senior officials.

He said he saw two of the men at the government palace during the coup attempt.

Mr Embaló was leading a cabinet meeting when armed men stormed the compound.

Eleven people were killed, most of them members of the security forces.