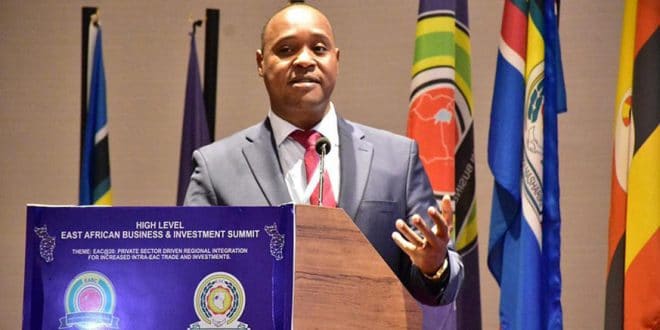 East African Community welcomes the lifting of sanctions against Burundi

The East African Community (EAC) has welcomed the lifting of financial sanctions imposed by the European Union on Burundi since the era of the late Pierre Nkurunziza.

The regional bloc’s Secretary General, Peter Mathuki, said sanctions lifting would spur development in Burundi and rejuvenate the integration process within the region.

He said the move was positive as partner states in the bloc would move together in implementing joint programmes as well as promote harmony and co-operation.

Mr Mathuki cited programmes supported by the EU such as trade integration and governance, peace and security, environmental conservation and climate change.

The EU on Tuesday lifted financial sanctions against Burundi which were imposed in 2016 following then-President Pierre Nkurunziza’s decision to pursue a third term in office, which triggered deadly protests.