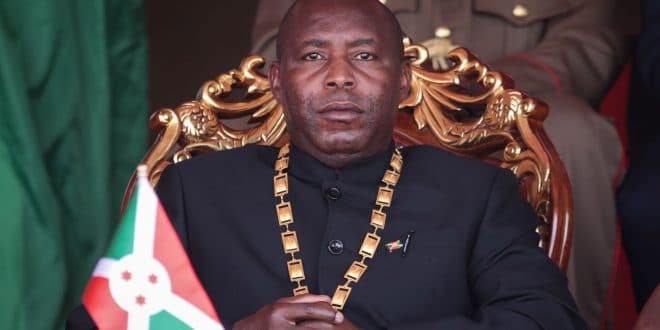 The European Union (EU) announced it had lifted economic sanctions against Burundi, but said the country had a lot to do “in the areas of human rights, good governance, reconciliation and the rule of law”.

Citing a peaceful political environment and progress by the Burundian government in several areas, including human rights and the voluntary return of refugees to the country, the European institution said it is lifting the financial restrictions imposed.

The United States also made a similar decision last year.

The sanctions were imposed in 2016 after then-President Pierre Nkurunziza’s decision to pursue a third term in office, which triggered deadly street protests.

President Evariste Ndayishimiye welcomed the EU’s decision and said the country was ready to co-operate with all partners.