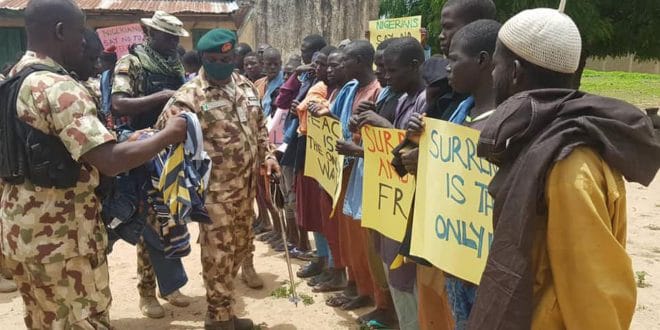 The Nigerian army said on Twitter that jihadists including 22 men, 27 women and 55 children have surrendered over the weekend in the north-east.

Local media reports that while hundreds of jihadists militants have surrendered to authorities, the 13-year old insurgency continues.

On Saturday, three civilians were reportedly abducted by Iswap fighters at Mandaragirau village, in what appeared to be a reprisal attack, after 25 insurgents drowned near Lake Chad.

The lslamist militants were attempting to cross a deep river while fleeing air strikes by the Nigerian Air Force jets, the BBC reports.