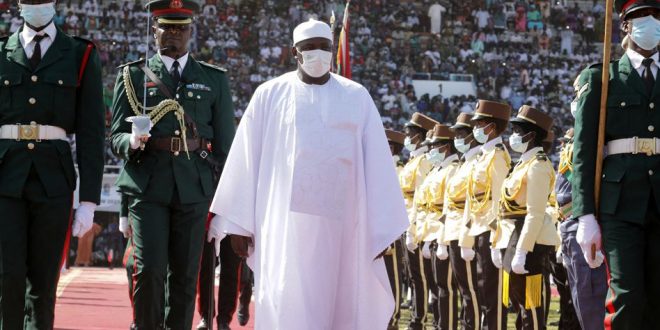 Gambia: Adama Barrow sworn in for a second term

Gambian President Adama Barrow was sworn in for a second term on Wednesday in the presence of many personalities from the sub-region.

He pledged to work to jumpstart the economy and ensure broad-based development gains, as he is starting his second term.

Adama Barrow, 56, came to power in 2017 after defeating Yahya Jammeh at the polls. In December 2021, he was reelected for a second term with 53% of the first-round vote.

During his first term, he improved relations with many foreign countries that had cooled under Jammeh’s 22-year tenure and worked to restore civil liberties that were repressed during that period.

“Today we can comfortably conclude that my election to another five years is a vote of confidence in my government, a vote of acknowledgment of my achievements,” said president Barrow.