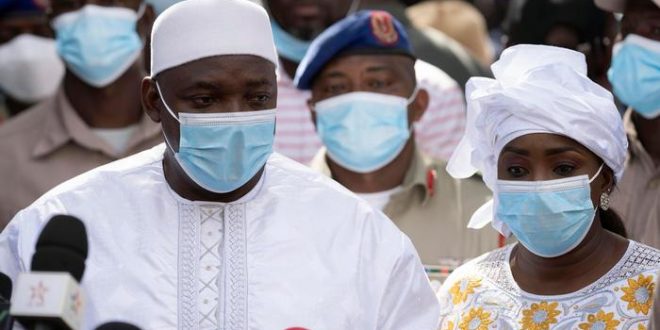 The Gambian Election Commission has declared incumbent President Adama Barrow winner of Saturday’s election with 53% of the vote while his rival Ousainou Darboe holds 28%.

The results of the vote, seen as test for democracy, have been rejected by Mr Darboe and other candidates earlier who say the elections are marred with irregularities.

Addressing supporters during a victory speech in the capital Banjul, Mr Barrow called for unity between the country’s political factions.

“I call on all Gambians, irrespective of your political divide, to put aside our political and other differences and come together as one people to work towards the development of our country,” he said.