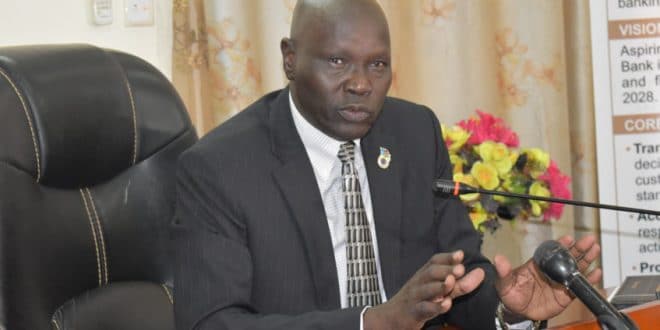 The President of South Sudan, Salva Kiir, by decree, sacked the governor of the Central Bank Dier Tong Ngor and appointed a new head of the institution.

The dismissal of Mr Ngor was announced on the national broadcaster on Monday night but no reasons were given.

Moses Makur Deng who has been a director-general in charge of banks’ supervision and research at the bank, is appointed the new central Bank governor.

Some South Sudanese online have welcomed the appointment of Mr Deng and urged him to improve the country’s economy.