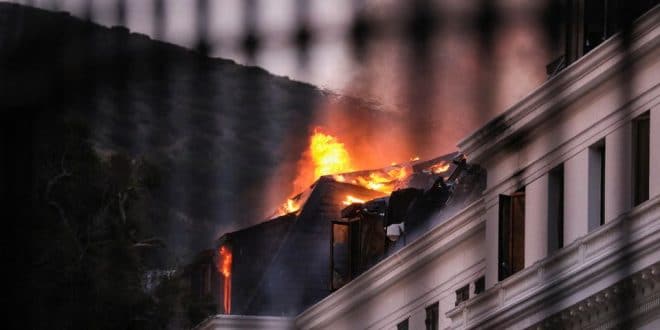 South Africa: suspect of the parliament’s fire arrested and tried

South African authorities on Tuesday said they had finally contained a suspected arson fire at the parliament building after a second-day flare-up that completely destroyed the lower house National Assembly chamber.

A 49-year-old man accused of setting the fire appeared in court to face five charges including arson and possession of an explosive device. A lawyer for suspect Zandile Christmas Mafe said he denied the accusations and would plead not guilty.

In a statement, city officials said the fire had been brought under control at midnight.

“Teams are now working their way through the maze-like building, room-for-room, as they attempt to locate and extinguish” hot spots, the statement said.

Officials have said important sections of the complex were saved, including a museum with art works and heritage objects, and an embroidered tapestry telling the story of the Eastern Cape on the ground floor of the Old Assembly Building.