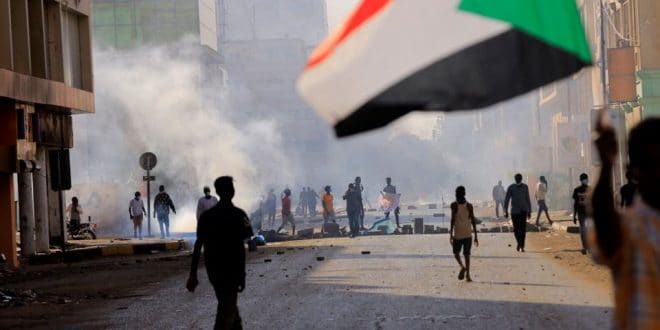 A man has been shot dead and many others wounded in Sunday’s protests against Sudan’s military leaders in the capital Khartoum and other cities, medics aligned with the protest movement said on Monday.

Hundreds of thousands of people took to the streets of the Sudanese capital, Khartoum on Sunday to protest the October 25 military coup, Reuters reports.

In total, 123 people were wounded, the health ministry said.

The protests had been called by neighbourhood resistance committees and supported by political parties under slogans rejecting military rule.