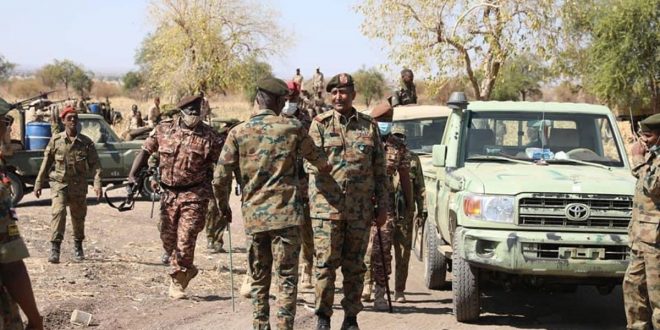 Sudan strengthens its security at the Ethiopian border

Security forces in Sudan said they have strengthened security along border with Ethiopia, announcing that they have full control of the region amid tensions with Addis Ababa.

Sudan announced on December 1 that its troops had dismantled and taken control of an Ethiopian colony after reports that 21 Sudanese soldiers were killed and 30 others wounded in clashes with Ethiopian forces at Birkat Nourain in al-Fashaga area, four days earlier.

The army sent a message of reassurance to the citizens, telling them to “sleep soundly”.

Read also: Tunisia: President Saied announces elections will be held in a year

The renewed clashes prompted Sudan’s military ruler, Lt Gen Abdel-Fattah al-Burhan, to vow that his country will not “cede an inch” of territory to Ethiopia, BBC News reports.