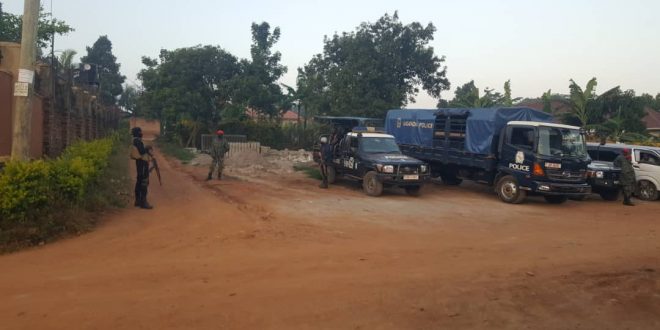 Uganda: Bobi Wine blocked at his home by security forces

Ugandan opposition leader Robert Kyagulanyi, aka as Bobi Wine, said his house was surrounded by security forces to prevent him from leaving and attending campaigns planned for a by-election in Kayunga district, northeast of the capital, Kampala.

President Yoweri Museveni is also expected to visit Kayunga to campaign for the ruling party’s candidate for the district chairperson position.

The by-election is scheduled for Thursday and both the ruling and opposition parties want to show their might.