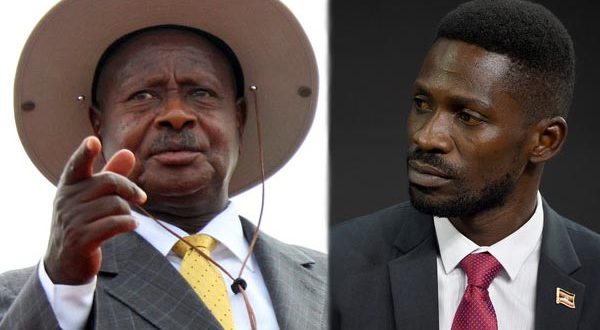 Uganda: president Museveni and Bobi Wine due in Kayunga on Tuesday

Ugandan President Yoweri Museveni and opposition leader Robert Kyagulanyi, aka Bobi Wine, are expected in Kayunga on Tuesday to lend their support to their candidates ahead of Thursday’s district president by-election.

While six candidates are in the race, most forecasts point to a two-way battle between National Resistance Movement (NRM), and National Unity Plateform (NUP), DailyMonitor reports.

Big wigs from both the ruling and leading Opposition parties have already descended on the eastern district.

On Saturday, Ms Robinah Nabbanja, the prime minister, was at Nyiize Primary School in Kangulumira Sub-county canvassing support for the NRM flag bearer, the report says.