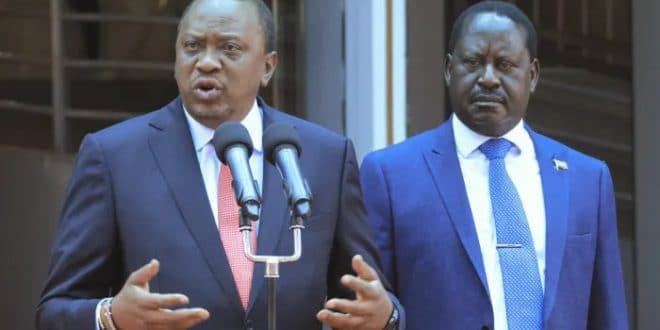 Kenyan opposition leader Raila Odinga launches his fifth bid for the presidency on Friday, this time with the support of his former foe President Uhuru Kenyatta, Reuters agency reported.

Kenyans are due to go to the polls in August but Kenyatta will not be on the ballot due to a constitutional term limit of two, five-year terms.

Raila Odinga’s last three runs for office in 2007, 2013 and 2017 were marked by high drama after he led his supporters to protest at the outcomes or challenge them in court, saying his victories were stolen. Deadly clashes followed the 2007 and 2017 votes, the news agency reports.

But he made peace with Kenyatta in early 2018, effectively sidelining Kenyatta’s deputy William Ruto, who has been vocal about his own presidential ambitions.

The two politicians, 76, have been working together in parliament, where lawmakers from their parties have taken over key posts at the expense of those who support opponent William Ruto.