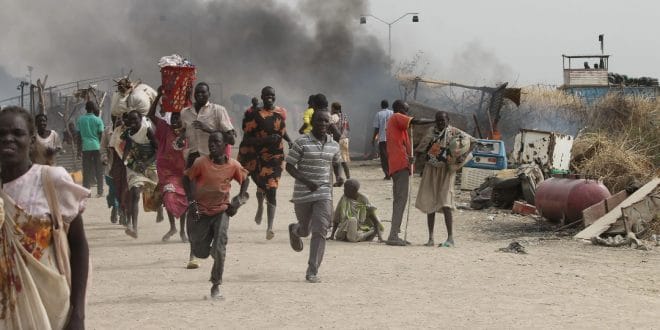 At least nine people are known to have died in inter-ethnic revenge attacks in Jonglei state in eastern South Sudan, local media are reporting.

According to governor Denya Jock Chagor, the killings were sparked by an ambush of two young men by attackers allegedly from the neighbouring Greater Pibor administrative area.

The incident was reported to have angered youth from the Dinka community, who retaliated by attacking people from Pibor residing in Bor town, killing at least seven of them.

US-funded Eye Radio reported that amongst the dead were ethnic Murle businessmen.

The authorities have begun investigations into the incident, the governor said, but it is not clear whether suspects have been apprehended.

There have been waves of inter-communal violence between the three neighbouring communities of Dinka Bor, Lou Nuer and Murle in the past, which had reduced since May because of flooding in the state, BBC News reports.