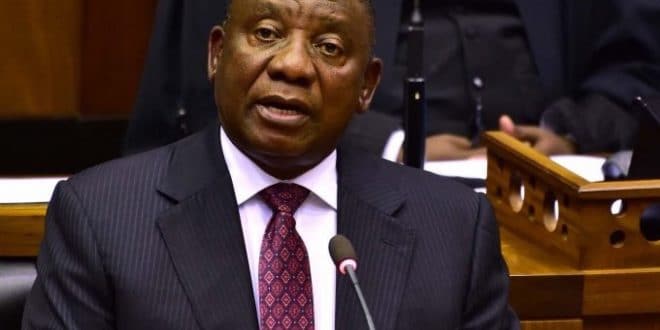 “If each man gathers two men and the three pledge to never rape a woman, never lay a hand on a woman and hold each other accountable to this pledge, we can start to seriously tackle gender-based violence in our country,” Mr Ramaphosa wrote on his letter to South Africans.

He further said that GBV was a pandemic and men were mostly to blame.

Mr Ramaphosa’s comments follow the release of the latest crime statistics by the police, which indicate an increase in rape cases, domestic violence, and child murders.

Between July and September this year, 9,556 people, mostly women, were raped. This is a 7% increase from the previous reporting period.

The president urged South Africans to work together to ensure that this year’s 16 days of activism against GBV, which kick off on Thursday, “is meaningful” and “moves beyond mere words”.