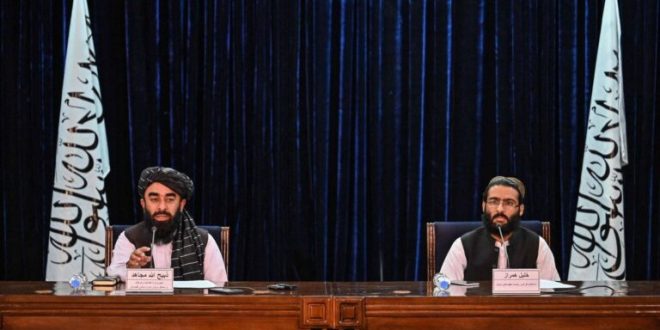 Afghanistan: Taliban ban the broadcasting of series with women

The Taliban Ministry for the Promotion of Virtue and the Prevention of Vice has called on Afghan television stations to no longer broadcast series showing women, as part of new “religious guidelines” broadcast on Sunday.

“Televisions should avoid showing soap operas and series in which women have played,” said a document from the ministry to the attention of the media.

He also asks them to ensure that women journalists wear “the Islamic veil” on screen, without specifying that it is a simple headscarf, already usually worn on Afghan televisions, or a more veil. covering.

“These are not rules, but religious directives,” ministry spokesman Hakif Mohajir told AFP.

Read also: United States: rain of dollars on a highway after opening a van

This is the first time that this ministry has attempted to regulate Afghan television since the Taliban took power in mid-August.