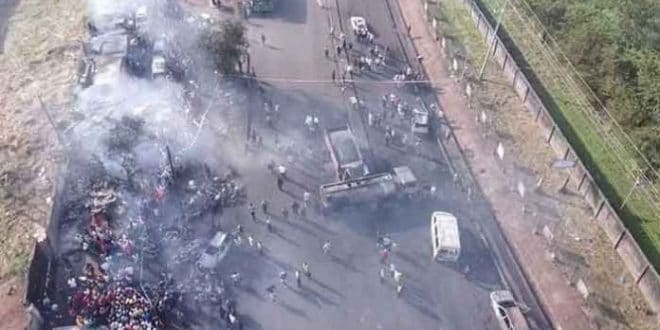 Mr Maada Bio said the country must learn from the incident, adding that those injured would be given free treatment.

A task force is set up to look into the incident, and make recommendations on how to avoid this happening again.

Later on Monday, flags will be flown at half-mast to remember the victims.

At least 101 people died and about 100 others were injured when the tanker blew up after colliding with another truck in the capital Freetown, BBC News reports.

In March, more than 80 people were injured in a fire that swept through one of Freetown’s slums, displacing more than 5,000 residents.