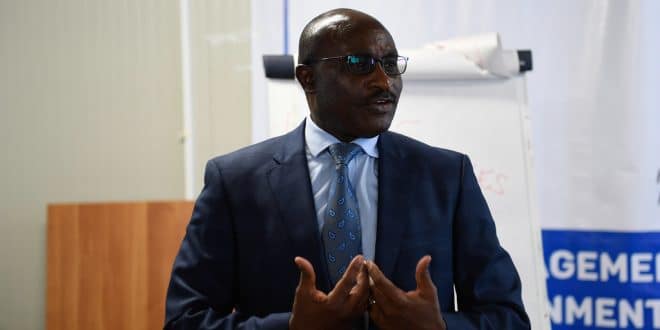 The African Union (AU) special representative in Somalia, Simon Mulongo, has been declared persona non grata and given seven days to leave this country in the Horn of Africa.

The special AU envoy is accused of engaging in activities that were incompatible with the mandate of Amisom (African Union Mission in Somalia) and the country’s security strategy, state-owned Somali National TV (SNTV) tweeted on Thursday.

“The minister of foreign affairs, Mohamed Abdirisak, said that Somalia will hold accountable Amisom personnel, particularly those at the leadership level, who are expected to be beyond reproach in their integrity as they discharge their duty under the UN/AU mandate”, a separate statement posted on the station’s Twitter account said.

In January 2019, Somalia declared Nicholas Haysom, Special Representative of the United Nations Secretary-General for Somalia, a persona non grata after he asked the government to provide an explanation about the detention of ex-al-Shabab deputy leader, Mukhtar Robow.