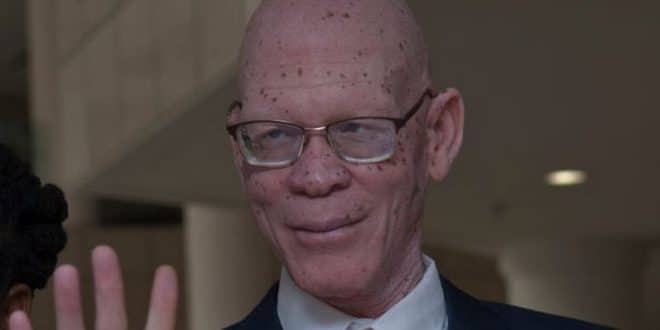 Malawi: Overstone Kondowe sworn in as first MP with albinism

Overstone Kondowe, member of the Malawi Congress Party, has been sworn in as Malawi’s first Member of Parliament with albinism.

People with the condition in Malawi have often been subjected to violence and discrimination and there have been 170 violent attacks against people with albinism in Malawi, including more than 20 murders since 2014, Amnesty International says.

Mr Kondowe, who will represent the governing Malawi Congress Party, is seen as a courageous activist who once stood up to armed police officers trying to stop demonstrations he led, BBC News reports.

Prior to running for office as an MP, he was an adviser to the president on disability issues.

“Being the first person with albinism elected in this kind of office, there is high expectation, not only in Malawi, but the whole world is looking forward to what I would do,” he told the AFP news agency.

“My last word to persons with disability, and in particular persons with albinism, they need not to underrate themselves,” he added.