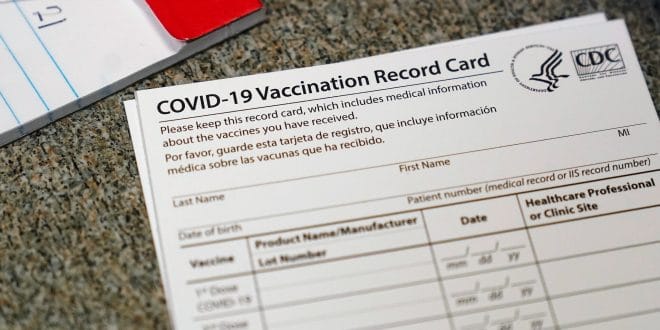 Police in Mozambique say they have detained two health workers for their alleged involvement in the forgery, issuing and sale of Covid-19 vaccine cards.

The two, a government general medical practitioner and an intern, had been assigned to the Bagamoyo health centre in the capital, Maputo.

Police seized the forged cards and various medical material including medicine from them.

The medical practitioner said the cards found in his vehicle were placed there to implicate him, denied involvement in forgery but admitted to handing out two cards to the intern without prior knowledge on her plan.

The intern said someone approached her and enticed her to acquire the cards that she took from the practitioner.

Police say the two will be charged in court.