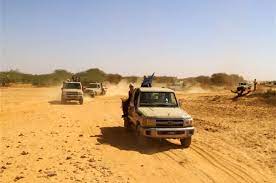 Three Chinese nationals kidnapped in July escaped their captors and were rescued by security forces, the Malian army said in a statement.

The three Chinese were kidnapped by armed men at a construction site in the south of the country.

In a statement, the army said the hostages had managed to break free on Sunday and were located the following day in a joint operation involving ground and air forces.

The men are said to be in reasonable health.