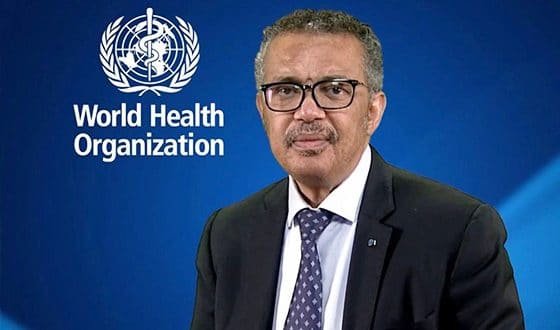 Tedros Adhanom Ghebreyesus set to stay on as WHO chief

Tedros Adhanom Ghebreyesus, one of the most prominent figures during the Covid-19 pandemic, is the sole candidate to lead the World Health Organization once his current term expires, the WHO announced Friday.

In his application letter, the Ethiopian former health and foreign minister said Covid-19 had “ravaged the world” and in a second term, he wanted to make sure the planet was “truly ready” to deal with another such crisis, Ugandan Dailymonitor reports.

Elected to the WHO leadership in 2017, his five-year mandate runs out in August.

“A single candidate was proposed by member states by the September 23, 2021 deadline: Dr Tedros Adhanom Ghebreyesus,” the WHO said in a statement.

Tedros was nominated by 28 countries, the UN health agency said.

Read also: Morocco: state of emergency extended by one month