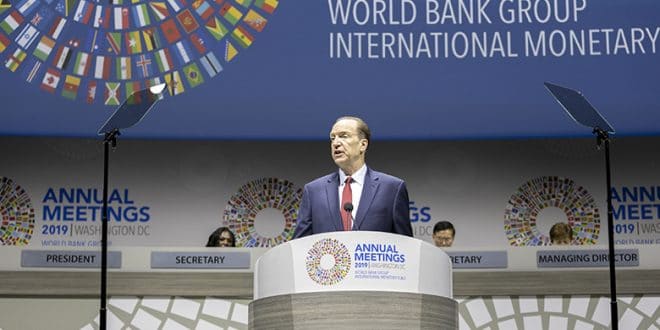 The World Bank has announced on Wednesday that it has suspended aid to Sudan after the military takeover that deposed prime minister Abdalla Hamdok.

“I am greatly concerned by recent events in Sudan, and I fear the dramatic impact this can have on the country’s social and economic recovery and development,” World Bank President David Malpass said in a statement.

The World Bank “paused disbursements in all of its operations in Sudan on Monday and it has stopped processing any new operations as we closely monitor and assess the situation,” Mr Malpass added.

Read also: UN expert calls for the lifting of sanctions on Zimbabwe

The military on Monday seized Prime Minister Abdalla Hamdok and briefly detained him in the coup that came just over two years into a precarious power-sharing arrangement between the military and civilians after the army ousted longtime autocrat Omar al-Bashir in April 2019.